The Fair Admissions Campaign (FAC) has revealed startling new insight about the extent to which selection by faith leads to greater socio-economic segregation in England’s state funded school system. The research was set out yesterday at a packed-out fringe meeting at the Labour Party autumn conference hosted by the Accord Coalition for Inclusive Education, the Campaign for State Education, Comprehensive Future and the Socialist Educational Association, titled ‘Is the Future Comprehensive? Schools for One Nation’.

The FAC’s research was set out by Simon Barrow, who is Co-Director of the Christian think tank Ekklesia and a Steering Group member of the Accord Coalition – both groups helped co-found the FAC last summer. He was joined on the panel of speakers by Patsy Kane, headteacher of Whalley Range High School in Manchester; the author and commentator, Owen Jones, and journalist and education campaigner, Fiona Millar. The meeting was chaired by the writer and campaigner, Melissa Benn.

Simon Barrow argued that pupils being educated with those from different backgrounds helped build a more connected society and that religious selection led to greater socio-economic segregation. To highlight the extent of this problem he revealed new findings from the FAC showing that while grammar schools are on average almost twice as socio-economically selective as religiously selective secondary schools, because religiously selective secondary schools are more numerous they make a greater contribution overall in making the state-funded school system more socio-economically segregated at the secondary level. The combined impact of socio-economic segregation by religious selection at the primary and secondary phases is twice that caused at grammar schools. Finally, overall, there are more state school places that are subject to religious selection in England than there are places allocated by academic ability, aptitude, or gender, or at private schools, combined. 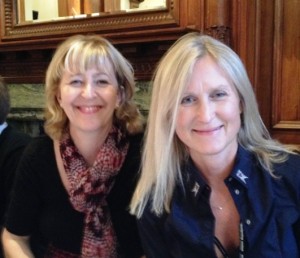 Mr Barrow objected to children’s life chances being damaged according to their faith or belief background. He said it went against his support for equality and dignity based on his Christian beliefs, and also went against the beliefs of many other people who held differing religious and non-religious life stances. He urged the Labour Party to commit to phasing out selection by faith to state funded schools; to have Ofsted again inspect schools on their contribution towards promoting community cohesion, and to add a broad and balanced Religious Education curriculum to the National Curriculum.

Patsy Kane highlighted the tactics that some parents used to get their children into grammar schools and said academic selection of children at age 11 was not justifiable. She argued that it lowered expectations for those children that failed to gain admittance to grammar schools and could lead to siblings being split up. She said comprehensive schools were better at ensuring pupils were stretched and challenged during their schooling, and argued that society could not afford to limit the ambitions of pupils at a young age when children still had great potential to change.

Owen Jones said comprehensive education and schools moving away from selection should be an ideal found at the centre of the Labour Party. He cited a range of sources of inequality in society and labelled educational inequality as inexcusable. He urged that forms of segregation caused by schools should be tackled and described pupil selection by faith as having become a ‘scam’.

Fiona Millar argued that if the Labour Party was to create a fairer society it needed to address current forms of selection in pupil admissions. She said grammar schools caused nearby schools to have skewed intakes and led many families to ensure their children began being coached for the eleven plus up to four years in advance. She said international rankings indicated that the best school systems were ones that gave schools autonomy, employed high quality teachers and had schools with socially balanced pupil intakes. She urged that parents should be assured that comprehensive schools were fairer, but also provided a higher quality of education.